For many years God was a foreign concept for Leslie Chavarria. She knew God was good, and that Jesus was real, but she never had a true deep understanding of God’s love for us. Leslie lived for herself, whatever felt good she believed was right. At a young age she had no control of her emotions, constantly getting into fights. She did whatever she could do to ensure her own happiness before any one else’s. For a few years, she was fooled into believing her way of life was correct. Meanwhile, her uncle Cesar Lopez, baptized in 1993, constantly reached out to the entire family. Facing nothing but rejections, he continued to pray for them all. Leslie’s mother had gone to a few services, forcing Leslie and her twin brother, Chris, along. Leslie and Chris caused a lot of trouble with the other children. Embarrassed, their mother decided to stop going to church. Leslie continued on in middle school, getting good grades, acting good in front of her parents, but along, she was a completely different person at school.

Freshman year in high school, on a Sunday morning, Chris woke Leslie up, very excited. He told her “Let’s go to church!” Leslie was very tired and cursed at him, expressing that she did not wish to go to church. So Chris went with their mother. They came back from service laughing and cracking jokes. Apparently, there was a hilarious punch line said in the sermon that morning and they were repeating it the rest of the day. Leslie, feeling out of the loop, was very annoyed and asked them what it meant. Every time she’d asked, however, they’d say “You had to be there.” So she decided to go the next Sunday. Til this day Leslie remembers how moved and inspired she felt during the worship. She has always connected to music, and that day it cut her straight to her heart.

Out of habit, Leslie continued living a double life. When Leslie was a sophomore, she got caught in multiple lies, causing her to lose her family’s trust. It was the first time she’s ever felt truly alone. Leslie understood at that she needed to change, but she couldn’t, for the life of her, figure out how. That Sunday, she went to church, hiding any sorrow she felt. After service, Leslie was talking to a friend who had been studying the Bible. Jokingly, her friend asked when she was going to finally start studying the Bible. At that point, it began clear. This was it! Those were the roughest yet best two years of her life. Leslie was baptized in March 7, 2010.

Leslie is, now, 19 years old. She is studying Deaf Studies at CA State University of Northridge. She has a strong passion for ASL ever since she’s been introduced to it in middle school. Leslie interpreted for a few midweek, devotional services and Campus Retreat since her freshman year of college. Helen Quiroz is her trainer for interpreting. Leslie’s biggest challenge with interpreting is ASL structure because in English we tend to use a lot of passive voice, whereas ASL uses active voice. Leslie’s best memory in the Deaf Ministry is appreciated disciples welcomed her instantly and have always encouraged her to continue to get involved in their ministry. She believes that God has big plans for her in the Deaf Ministry and is willing to whatever she has to in order to never go back to her old life. 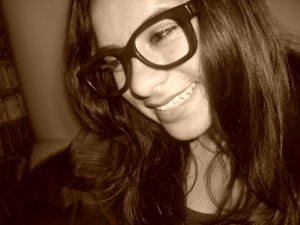