On November 16th, 2012, DOCM (Deaf Open-Caption Movies), had its 8th movie released! This month was Twilight: Breaking Dawn II and guess what?  It was sold out!  We are not surprised.

Once again for the last time, actor Robert Pattinson (Edward) and Kirsten Stewart (Bella) did an outstanding acting job. The movie kept the audience on the edge of their seats watching the vampires and wolves teamed up against the Volturi.  This was packed with lots of actions. While the movie was open-captioned, the audience had THX sound system that allowed the audience to feel included. If you did not attend, you missed out on another great film this month of November 2012.

Our special thanks from DOCM (Joe Cepeda and Michael Razzen) and the Deaf Community to Brandon Wheeler, Manager for Alamo Drafthouse Cinema Stone Oak.  Brandon has always and continues to been a great support to the Deaf Community on a monthly basis.  Without him, the event would not have happened!  Michael also continues to do his amazing job to create and promote our monthly DOCM flyers at the San Antonio College Interpreter Program and Facebook.  As usual, to Brandon and Michael, you both ROCK!!!

Great news!  DOCM has three movies to select for the month of December 2012’s 9th film event!  The movies are: The Hobbit which will be for December 14th; Jack Reacher on December 21st; and Django: Unchained on December 28th. Please log onto Facebook and type in DOCM to vote. If you have not signed up, please do so.  Once signed in, you will be able to read the post and vote.

The deadline date to vote is Saturday, December 1st, 2012 by 5pm.  Once the votes been counted, DOCM will announce the winner.  How can can you vote?  Go to the Facebook website, type DMOC and vote. You can only vote for one movie.

We look forward to seeing everyone again.  Have a safe November and enjoy Thanksgiving! 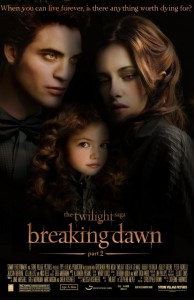