On January 19th, 2013, DOCM (Deaf Open-Caption Movies), viewed “The Last Sand ” for it’s 10th Deaf event.  DOCM event relocated at the Park North for the first time because we received the most votes from the Deaf Community for the best preference location.

Arnold Schwarzenegger was the actor and acted as Sheriff Ray Owens in a town called Sommerton Junction nearby the Mexican border. Sheriff Owens and his team’s goal was to captured the international drug lord, Gabriel Cortez. Gabriel escaped from the FBI custody and drove his Chevrolet Corvette C6 ZR1 at a speed over 200 mph. Can Sheriff Owens and his team capture or kill Gabriel Cortez in Sommerton Junction? This film had lots of great actions including gun fights and Arnold did a outstanding job as Sheriff Owens.

Special thanks from DOCM and the Deaf Community to Brandon Arceneaux, CEO of Alamo Drafthouse Cinema and Liz Burtz, Director of Special Events.  Their assistant has made the event very successful.   Thank you Brandon & Liz for your support to the Deaf Community!

As we start for new year in 2013, we applause Michael for all his hard work with creating, making and promoting our monthly DOCM flyers at the San Antonio College Interpreter Program and Facebook since May 2012. We know we would not have been so successful for informing the community about our monthly movie events if it wasn’t for you. Thank you!

A friendly reminder, all of our DOCM events are on Facebook. Once logged on, you can view the selections offered and vote. If you are new, you can create a username and password, then join the fun. Please log onto Facebook and type in DOCM for the vote poll. If you have not signed up, please do so. Once signed in, you will be able to read the post and vote.

We look forward to seeing everyone again at the 11th DOCM event in February 2013. Happy New Year! 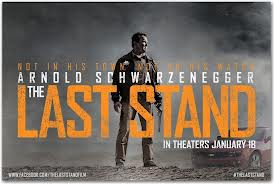