Joe Cepeda has been the host of the Facebook page SADCOCM (San Antonio Deaf Community Open-caption Movie) since July 1st, 2011. Michael Razzen is a co-host of SADCOCM. He is the host of the Deaf Night Out on the 4th Friday of every month. Their goal is to expose the Deaf Community to the open-caption new release movies. They communicate with each other by videophone, texts, and emails, planning in advance for each open-caption movie event.

On March 2012, Joe contacted the movie theater manager, Brandon Wheeler, at the Alamo Drafthouse Cinema, to request that on May 4, 2012, Avengers be the 1st open-caption movie showed. Brandon is the manager at the both Stone Oak and Park North locations. Brandon’s father is deaf and has a cochlear implant. The process definitely took time for Brandon to get the approval from Avengers production management team to allow open-caption at his theater. God answered Joe’s prayer when Brandon returned his phone call on Monday, April 23, 2012, approving the Avengers open-caption movie event. Joe was concerned with only having one week left to promote this event, seeing as it would take selling 80 tickets for the showing to be sold out. Brandon told Joe to get as many as he can, even if this event would not be sold out.  Joe had been praying daily, and took action to spread the word to the Deaf Community through Facebook, phone calls, and texts.

On Thursday, May 3, 2012, Michael wonderfully assisted Joe by creating flyers last minute.  These fliers were then passed out at a deaf bowling event, encouraging our friends to attend the Avengers open-caption movie event. God moved wonders, and Joe was shocked that the tickets were sold out in the evening!

Ten minutes before the Avengers movie started at 9pm, Joe did a short presentation in ASL to introduce himself with the voice interpreter, explaining his appreciation for the Deaf Community and friends for attending this event. Brandon also shared few words, saying that he appreciated the Deaf Community attending this event. Our friends applauded by ASL clapping. It was a fantastic action movie with the open-caption shown in white text which was clear enough to read on the theater screen. Joe is very excited for planning ongoing open-caption movie events. He is working on building new friendships from the Deaf Community friends to encourage them to attend his church services. Special thanks for Brandon Wheeler and Michael Razzen for making this special event successful. 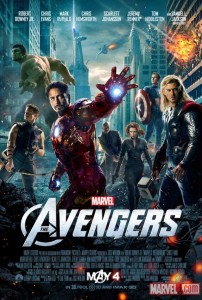